We have now been practicing for 3 weeks and things are moving along very well. There is still one more week to go of our pre-preseason – meaning before our national team players & latest signing join practice and we start playing preseason games. The process of teaching/learning our system has moved along very fast since most of the guys are already familiar with most of the stuff. Off the court it feels that this group has been together much longer than 3 weeks since the jokes are already that bad – which in a weird way is a very good thing.

It’s an extreme pleasure to have guys like Nicolai, Chris & Morten on the team since they will set the bar high for everyone else and make my job much easier. Likewise it’s great to see that our young bucks Sebastian, Aladdin, Meller, Löwe & especially Lasse have developed over the summer and are giving the old timers a real challenge for playing time.

Unfortunately all news can’t be good and we’ve been hit by a few unfortunate injuries. Søren Ege’s foot had not healed over the summer and since the fracture is in a tricky place there’s not much that can be done about it. Right now we’re waiting for another 4 weeks for another scan to see if it’s started healing. Also Simon Bjørnebo has a fracture in his foot and will be out for a long period. I feel really bad for Simon since he already missed last season because of injuries and had just fought himself back into shape before this new setback.

These injuries provoked us to again explore the wild wild west known as import player market. This expedition soon turned out successful when we found out that Kaido Saks would be interested in becoming a Bear. Kaido has the physical abilities to play either forward spot and is deadly from 3pt range – in another words the perfect piece for our puzzle. He played in Finland as a young man and all the coaches & teammates from his time there had extremely nice words to say about him as a person and teammate. There is extremely good chemistry in the Bears and based on all the research
Kaido will be an asset to our group on & off the court.

There are also other new faces in the Bears group for the coming season, including Roburt Sallie, who chose to join Bakken over numerous other offers. Rob had a fantastic year in Israeli National League where he for example averaged over 26 points per game in the finals. Former Bakken star Josh Alexander in comparison averaged 19,7ppg in the same league for a team that didn’t make the playoffs. In addition to being a natural scorer, Rob is also a very hard worker and takes pride in his defense, so he will give us a lot to be happy about this season for sure.

The other new American is Semaj Inge. Son of James sr. and brother of James jr. he was given a name that needs to be read right to left. Semaj is very big and strong for his position of point guard and I don’t think anyone will be hurt if I call him the best athlete on the team. His career has been held back significantly by the inconsistency of his outside shot. He has over the summer put in very hard work to make it better and with the help of some Jakob-Freil-Voodoo I’m sure he will succeed in it. I’ve been following his career for years now and it’s always a mixture of joy and envy when you see him dunking every-which-way so effortlessly and I’m sure our fans will get to experience that many times this season!

Last but definitely not least of the new guys is Jonas Zohore. Jonas made a huge impression on me with his development last season and he was THE Danish player I wanted to have on our team. He moves extremely well for his size and he will give us options both defensively and offensively to go bigger or smaller and be creative. I have very high hopes for Jonas this season and I’m sure practicing against guys like Chris & Nic will make him an even better player. Just the idea of putting Semaj (194cm), Roburt (196cm), Kaido (207cm), Jonas (210cm) & Chris (218cm) on the court at the same time makes me feel excited about the coming season! 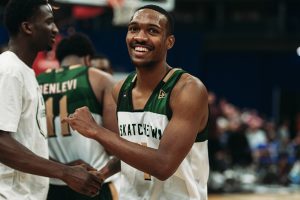 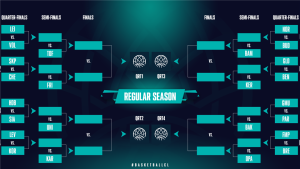 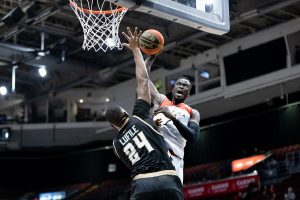 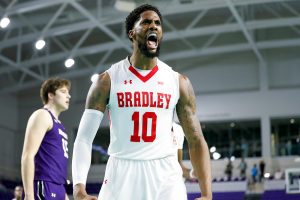 This website uses cookies to improve your experience while you navigate through the website. Out of these cookies, the cookies that are categorized as necessary are stored on your browser as they are essential for the working of basic functionalities of the website. We also use third-party cookies that help us analyze and understand how you use this website. These cookies will be stored in your browser only with your consent. You also have the option to opt-out of these cookies. But opting out of some of these cookies may have an effect on your browsing experience.
Nødvendige Altid aktiveret
Nødvendige cookies er helt afgørende for, at hjemmesiden fungerer korrekt. Disse cookies sikrer grundlæggende funktionaliteter og sikkerhedsfunktioner på webstedet, anonymt.
Funktionel
Funktionelle cookies hjælper med at udføre visse funktioner som at dele webstedets indhold på sociale medieplatforme, indsamle feedback og andre tredjepartsfunktioner.
Præstation
Præstationscookies bruges til at forstå og analysere de vigtigste præstationsindekser på webstedet, hvilket hjælper med at levere en bedre brugeroplevelse for de besøgende.
Analytics
Analytiske cookies bruges til at forstå, hvordan besøgende interagerer med hjemmesiden. Disse cookies hjælper med at give oplysninger om målinger, antallet af besøgende, afvisningsprocent, trafikkilde osv.
Reklame
Reklamecookies bruges til at give besøgende relevante annoncer og marketingkampagner. Disse cookies sporer besøgende på tværs af websteder og indsamler oplysninger for at levere tilpassede annoncer.
Andre
Andre ikke-kategoriserede cookies er dem, der analyseres og endnu ikke er klassificeret i en kategori.
Gem & Acceptér
Powered by